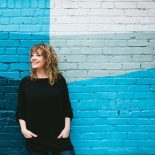 ~Taken by the Wind~

(A Journey of a Leap of Faith)

A Response to Your ‘Compliment’ (Hint, It’s Not Thank You). 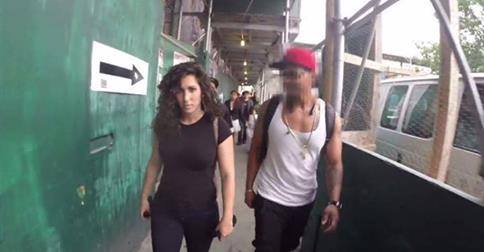 New York City-based actress Shoshana Roberts filmed a video showing what it’s like to walk through the streets as a woman. The video was made in collaboration with the anti-harassment organization HollaBack!. Since then, Roberts and HollaBack! have received a host of death and rape threats.

Figure that one out.

After watching this video, the viral debate its sparked and the disgusting death and rape threats to the actress and organizations, I have a few things to say:

1. To the men who have said women are over reacting to street harassment (note the word ‘harassment’. I don’t think harassment is something you can overreact to). It’s one of those issues I respectfully say “How can you possible comment on what does and doesn’t happen if it’s not ever something you have to be concerned will happen to you?”

2. The rape threats and the death threats are insane but the entire thing is ridiculous and inexcusable. This isn’t to pay a woman a compliment, this is a sense of entitlement and in some cases an opportunity to make her feel intimidated and uncomfortable. There is a way to pay a woman a compliment and women have talked long and loud that hollering at us on the street or telling us to smile or following us is not the way to do it.

3. As one friend stated “Above and beyond is when they then get angry when you don’t respond! As if somehow you owe them a response because they were brave and kind enough to say something to you [even if what they said, their ‘compliment’, was mortifying or degrading or made you uncomfortable].”

4. and “While some men may use the excuse of “oh it was a compliment”, deep down they know as well as we do (we being the women who receive it) that there is something more than just a friendly compliment happening when most of these guys say something to you.”

5. This isn’t a New York City specific problem. Or just a big city problem. Sure, it’s more ‘prevalent’ or saturated in a major city where people walk and take public transit but it still happens in the sticks. And? The location isn’t the point.

6. To those who have hollered or commented on a woman in any way like the above video Shame. On. You. Shame on you for thinking I 1. have no choice in the matter of you commenting on my appearance like I am merchandise 2. should be reminded constantly that on the streets women are viewed as a pretty face, tits, ass and legs and not an equal human being and 3. owe you something, anything, for the way I look and your reaction to my person.  Shame on you to those who see this harassment and don’t speak up and say “Stop”. Shame on you to those who hear women speak up about what it is like to endure this and say “don’t make such a big deal” or “look at it from this point of view”. I am TIRED of having to consider everyone elses point of view when it comes to a womans body BUT that womans point of view.

Death threats and threats of rape all because a video was made exposing the ugly nature of street harassment.  Don’t you think that alone proves the point this video made?

2 comments on “A Response to Your ‘Compliment’ (Hint, It’s Not Thank You).”